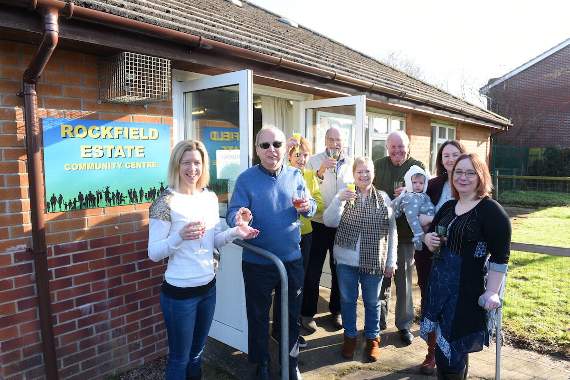 You can read the full article on the Monmouthshire Beacon website

The future of a community hall has been saved with a new management group stepping forward to take over the building. The Beacon reported in August how the Rockfield Community Hall was in danger of closing when the original volunteers decided they could no longer carry on with the running of the building.

The volunteers had been running the hall under a 15 year full repairing lease from Monmouthshire County Council (MCC) in the form of a limited company, but had taken the decision four years into their 15 year lease to retire. Prior to that, the group had managed the centre for 10 years on an informal basis.

The centre was created when the group turned the frequently vandalised and unloved building into a popular community hall. They encouraged playgroups and dance classes to use the hall and built it up to the point where there were 15 user groups making use of the building to provide activities for residents.

The new group are looking to carry on the good work of the former volunteers and build on their success.

Spokesperson Nicky Jameson said they were looking forward to continue “as is” as the former volunteers had done such a good job and “maybe, if they can, get some more of the community and charity groups to get on board,” she added.

Terry Christopher, one of the volunteers that handed the key over, said that on behalf of the outgoing committee he was “pleased that a new group had been formed to sustain the community centre, a valued asset within the area”

He added that he wished the new members “every success with the Rockfield Park Community Centre”.

If anyone wants to get in touch regarding events or become a user group contact Nicky on 07803 700559 or email her at nickyspoleangels@hotmail.co.uk.